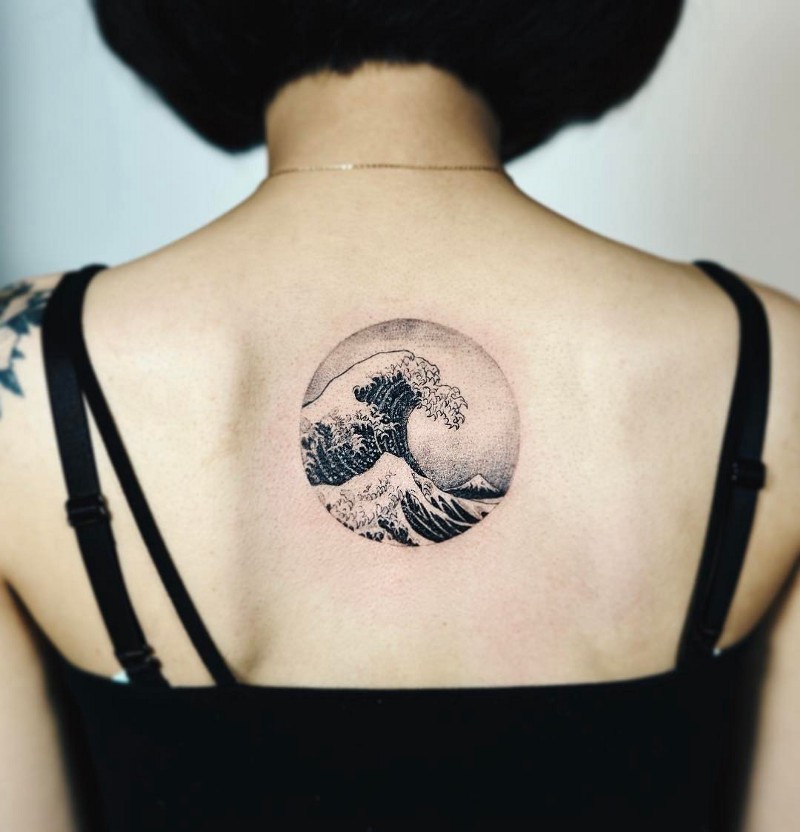 Jacks uncle sat at his usual table like a stuffed toad, motionless except his eyes as he watched the waiter seat a young couple next to him. He leaned in through the couples fervent giggles. The world is soon to END. They both turned to him, his reptile gaze skewering all four of their eyes like a shish kebab. He leaned back, smoothing his napkin. The world is soon to end, he smirked. In any other place, in any other time, the couple would have ignored him. But this was Claridges, and Jacks uncle looked as though he had been installed there on the day it opened. Rapt by the splendour of the setting and all of Jacks uncles congruence and certainty, the couples attention was his. You know how I know the world is soon to end?
Tattoos.

Tat – ? before the boyfriend could retort, Jacks uncle continued. The young adorn themselves with tattoos. Why, everyone knows how unsightly tattoos inevitably become with age. What would possess someone to pay to make themselves beautiful for a day, yet only uglier with time? They will say its fashion. But thats the conscious mind. They will say its because their friends did it, a celebrity did it. But thats the unconscious mind. In truth, its the soul. Lets give them their credit, shall we? Humans and animals alike act with instinct and inspiration that bypasses the conscious and unconscious mind. When prodded, a person may only offer a perfectly trivial explanation for their actions, when in fact the soul guides them in a larger plan they cannot conceive of. The soul is sending them a message: that they are soon to die. And so they live to look beautiful today, because their soul knows they will be corpses tomorrow. Nobody who covers themselves with tattoos has any long-term plans on this earth. The seeds of DEATH are sown and sprouting. Good evening. And with that he tossed the napkin on the table, smoothed back his flowing grey hair, and parted from the table, his head pointing in no other place than the direction he was going, which was the marble exit.

See you soon Mr Mayvune called the restaurant greeter. Jacks uncle just tapped the floor with his cane as he floated through the revolving door and merged into the blizzard of London.

Jack fumbled the last breakfast Mochi between two chopsticks, almost choking as he flitted between tabs on his laptop: the Bitcoin price, a Skype English lesson with a student from Nagoya, and a Japanese gameshow in which frumpy couples where forced to dress in costumes and run obstacle courses that led to them falling in water, over-dubbed by American football commentators. This, and a juggling act he played with his smartphone. His mother wanted to know what he wanted for Christmas.

Boom. Jack was flung backwards into his bed. The laptop slammed shut as it hit the wall. A swarm of figurines, texbooks and technology flew off the mahogany shelving, which seemed to waver like paper. He scrambled under the bed. This was an earthquake. Atheist Jack lay curled up like a helpless child, praying, his face scrunched so hard with fear it squeezed veins up into his blonde curls. Oh god oh god oh god whispered Jack, as the Earths anger shook Chiba and turned the air misty with plaster. The bed springs rattled above his ears like a plastic bag filled with enraged insects. Objects unknown fell from the roof with muffled knocks. And then, as quick as it had come, Jacks longest thirty seconds ended in eerie silence. Silence can be peaceful. Eerie silence is the sound of a town of stunned humans, amongst blaring TVs absent of viewers and car alarms absent of thieves. Jack caught the back of his head as he shot up from under the metal bed frame. His heart pounding, he grabbed a bottle of water and burst into the living room. Was his landlady meditating or dead? He ran out of the front door, catching his retro wristwatch on the door handle. It snapped and flew off behind him as he clambered outside. saru mo ki kara ochiru he heard his landlady call.

He stood in a daze as he watched his street empty their houses, with hastily packed bags and children in arms, dusting down cars and engines roaring. Red dust everywhere. Blood red. From the Great Destroyer, its Dark Twin, and the seven moons it brought like a string of pearls, from the other side of the Solar System. The Great Destroyer hung in the sky like a faint red watermark, partially obscured by chemtrails and dust. Trump tried to warn the world, but who listened? Too few. They said he was crazy. Doctors proclaimed anyone who spoke of the planet soon to pass over the Sun was mentally ill. Yet, the great migrations to the safe havens of Yakutsk and central Canada had already begun in earnest. There was plenty of room for everyone, but now it was simply too late. Those not already in position were the stragglers.