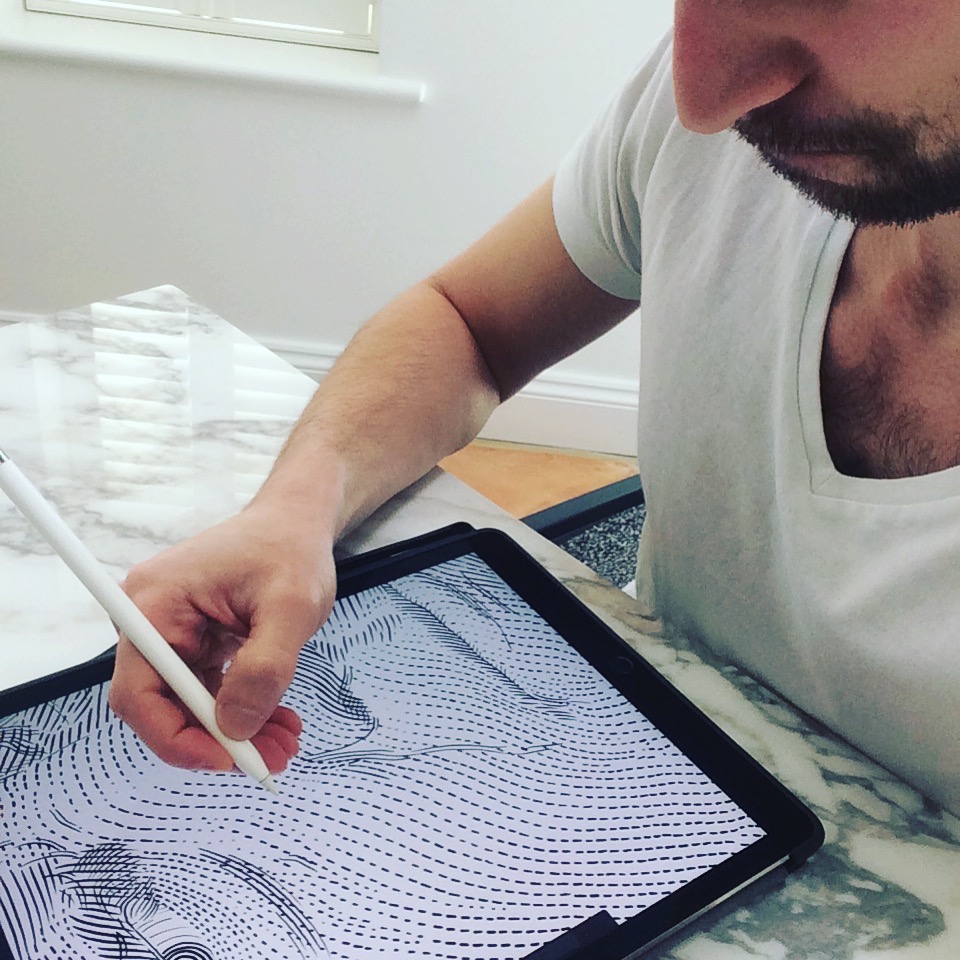 I Commit To Being Exceptional

Prior to the industrial revolution, all artists were required to be exceptionally talented. Then we invented machines that could create things faster, more uniform, and more perfect that we could make them. This provided the excuse for art to become purposefully lazy.

The cover story for laziness has been ‘Humanness’, because ‘to err is Human’, and so mistakes, boredom, and imperfection is seen as more sincere than something machine-made. In its own context this is fine. However, in the context of a polluted world, in which autism, cancer, anti-Human ideology, and detrimental genetic mutation are exponentially increasing, this laziness reinforces a feeling of Human inferiority.

If the art galleries are filled with dumb, lazy art, that is celebrated, it reinforces something inherently dumb and lazy about Humanity. This view has become the status quo, and has saturated culture. This creates a need to reaffirm Human exceptionalism, pro-Humanity, and Human potential. As an artist of the Great Awakening, I carry the banner of exceptionalism in my work, and refuse the dumb and lazy.

Exceptionalism seems to fly in the face of democratizing art – it seems too elitist. I would define it like this: art is for all. Nobody ought to be censored from making and sharing art. However, do self-censor, to bring to the world your exceptional achievement – in other words, be your best self. This cannot be described or defined politically; it is simply a matter of self-actualisation and to have the courage to accept that wherever you are, you can be better.

I Only Make What I Want To See In The World

Everything an artist makes has a halo that extends out into the world, and returns back, amplified. This luminary aspect of art is least understood by most artists (including musicians, writers, filmmakers etc…) This means it is also the most exploited aspect of art. How does this work?

Let’s say someone suffers a terrible childhood, in which they were horrendously abused. They grow up to make art, as a cathartic therapy for their trauma. Their art consists of oil paintings of children being tortured by adults. The paintings are purchased and hung in a home of a wealthy financier, who invites groups of celebrities and politicians for orgies with kidnapped children and babies. Some want sex, and some have darker tastes. The artist is happy to be supported – they have turned their trauma into a self-sustaining business, and out of the ashes of their childhood, they have found stability and acceptance, and with each generous payment they’re inspired to keep going. The artist’s catharsis has been hijacked into an accessory of the darkness that their art expresses, in a self-amplifying loop.

ALL art can be hijacked in this way, to the point where art and reality meet. This is because of the invisible luminary halo of art. The halo is originated in art, and amplified by its dissemination. A well known example is George Orwell’s 1984 – Orwell’s surveillance state is our reality. The more the book as been celebrated, and disseminated, the more it has become reality. Can you see how this halo expands and returns repeatedly until the art becomes the reality? Nobody consciously intended for a surveillance state, except a few interested parties. But because the ‘story’ of a surveillance state was animated in the public’s mind, it became manifest.

A significant portion of art on public display is actually an accessory in a crime, a joke among criminals, or a point of contention that is designed to create the amplifying wave for a certain reality, playing a cordinated role with the media, corporate interest and political agendas. All the players – the artist, the gallery, the public – are innocent, and so easy to hijack!

The rise above the need for catharsis, victimhood and protest, is to create art that is a window into a reality one would like to see. ANY art CAN and WILL be amplified into reality.

I will call this the 4th dimensional aspect to art, because it cannot be quantified by the limitations of linearity. All Art of the Great Awakening understands this holographic, non-linear aspect.

There is always more art to make. It has never been easier to make and share art. What limitation do I put on my production? It must be relevant beyond the immediate. It must deal with themes that will be talked about for a long time.

In art school, there is a tendency to fill up on the writing of philosophers of the recent past. Understand that where we’re going cannot be defined by any pre-existing philosophy, and the fluidity of our realities are already beyond the comprehension and definition of any 19th and 20th century philosopher or thinker.

For art to have weight, it needs to be relevant. The relevance is gained from picking out themes and stories that define our lifetimes, and beyond. In my art, I like to memorialize these stories, in my unique way. These are indeed monumental times – that which future Humans will build monuments in commemoration and remembrance. As an artist of the Great Awakening, I have a duty to connect with future Humanity, and create monuments of our age.